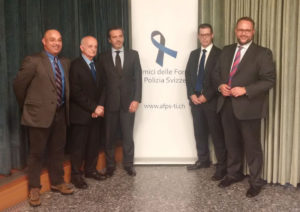 On 19th October 2016, the association “Amici delle Forze di Polizia Svizzere” (Friends of the Swiss Police Force) and EYESWISS SA’s “Intelligence & Security” division, as the main sponsor, organised an evening meeting in Mendrisio at the Aula Magna of the Canavee School Centre for the presentation of the book titled “Servizi e Segreti – Introduzione allo studio dell’intelligence” (Secrets and Services – Introduction to the study of the intelligence) by the General Mario Mori.

After the greetings by Stefano Piazza, the President of the Association “Amici delle Forze di Polizia Svizzere” (Friends of the Swiss Police Force), the Councillor of State Norman Gobbi opened the conference and stressed that Switzerland, even not being among the main targets of international terrorism, is anyhow threatened by the spreading of radical ideas, which may lead individuals to make terrorist attacks. Obviously, it concerns Islamic extremism (as it is confirmed by the events involving ISIS supporters, who are often young people), but, as the Councillor Gobbi reaffirmed, it is necessary to pay attention to all radicalization types (the Councillor of State cited the instance of the recent neo-Nazi gathering in San Gallo).

The meeting was chaired by the National Councillor Marco Romano (also member of the Safety Policy Committee), who asked some questions to the General Mori about the topic of security, as well as combating terrorist threats and organised crime.

General Mori is in charge of the Italian secret service Sisde (Intelligence and Democratic Security Service) and arrested the boss of “Cosa Nostra” mafia Salvatore “Totò” Riina in 1993 together with Captain Sergio De Caprio. During the evening, the General Mori talked about specific cases and lessons learned from his long-lasting activity within the security forces.
General Mori described the methods that had been used to stop the Roman cell of the Red Brigades when he was the chief of the Crime Division of the Operational Department in Rome, Italy, and he also explained his analysis about Islamic terrorism that hit Europe and France in particular with the Bataclan theatre massacre. According to his point of view, the Paris attack was unlikely to occur in Italy (or Switzerland) because, other than France, there was no ideal “breeding ground” for terrorism characterised by large aggregations of citizens who originally came from former colonies, who often live in poor economic conditions.

However, the General Mori stressed that the secret of success is to know the enemy to be faced in an in-depth way.
During the evening, also the topic of organised crime and mafia was taken into account. In particular, the Lawyer Pierluigi Pasi, former prosecutor of the public Ministry of the Confederation, expressed his concern about the increasing spreading of this phenomenon in our area. Besides the Lombardy region, where the presence of the ‘ndrangheta organised crime was ascertained without doubt, according to Pasi, the Ticino area includes “decision-making centres” of important mafia gangs which are active across the border. As explained by the former chief of the Lugano division of the Public Ministry of the Confederation (Mpc), this situation is unlikely to be present on the territory out of the Gotthard borders.

This website uses cookies to improve your experience while you navigate through the website. Out of these, the cookies that are categorized as necessary are stored on your browser as they are essential for the working of basic functionalities of the website. We also use third-party cookies that help us analyze and understand how you use this website. These cookies will be stored in your browser only with your consent. You also have the option to opt-out of these cookies. But opting out of some of these cookies may affect your browsing experience.
Necessary Sempre abilitato
Necessary cookies are absolutely essential for the website to function properly. This category only includes cookies that ensures basic functionalities and security features of the website. These cookies do not store any personal information.
Non-necessary
Any cookies that may not be particularly necessary for the website to function and is used specifically to collect user personal data via analytics, ads, other embedded contents are termed as non-necessary cookies. It is mandatory to procure user consent prior to running these cookies on your website.
ACCETTA E SALVA 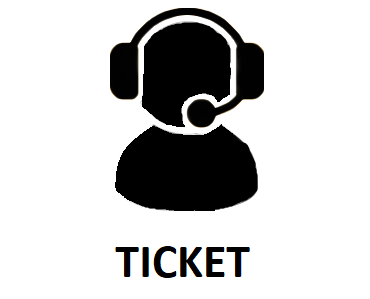